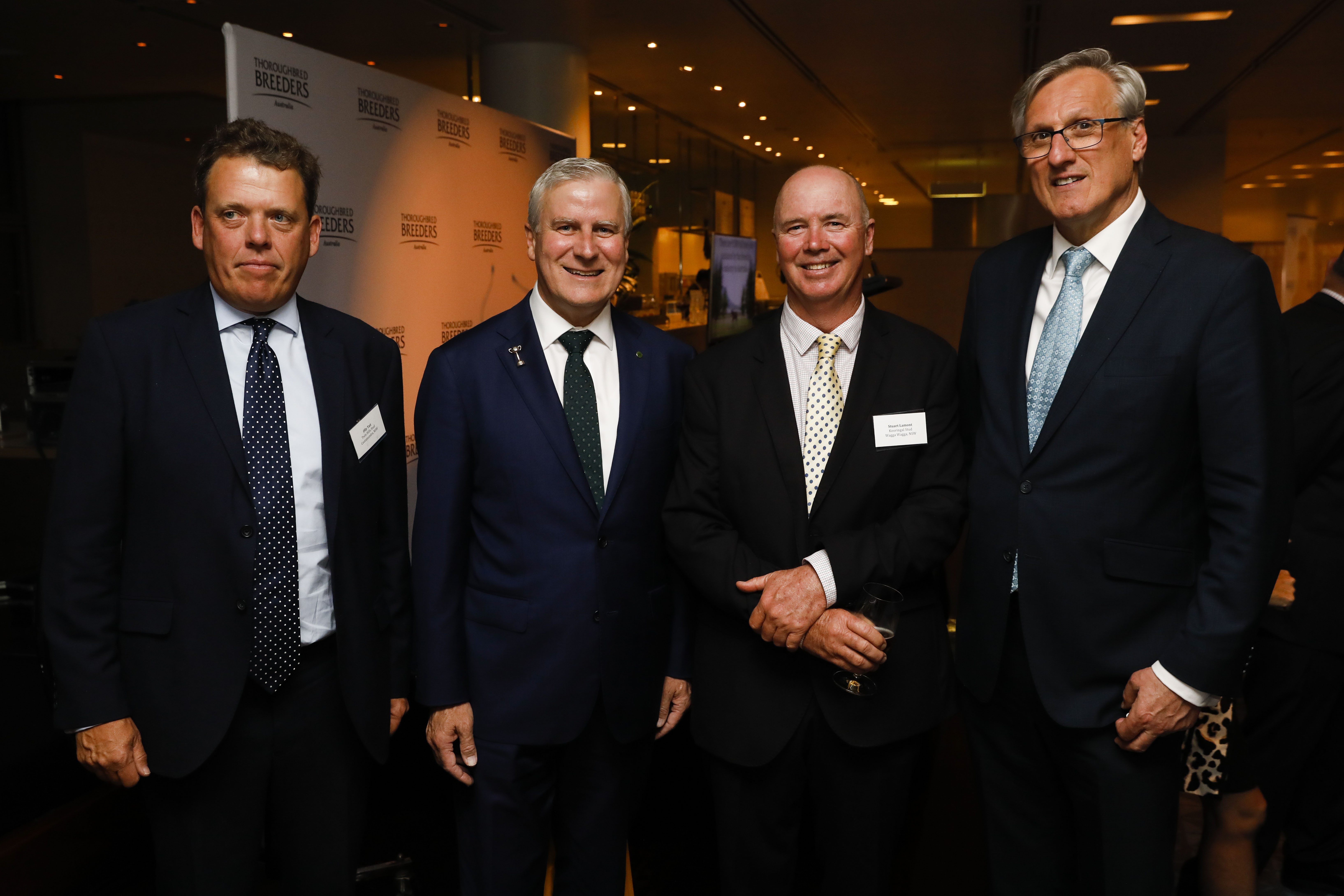 Federal politicians from across the political divide have rallied behind thoroughbred breeding, as the industry committed to tackling any issue around welfare.

Ministers, shadow ministers, MPs and senators met with industry leaders at Parliament House in Canberra for an annual event organised by Thoroughbred Breeders Australia (TBA) and the Parliamentary Friends of Primary Producers.

There was praise for the industry’s response to animal welfare issues raised in an ABC report about retired thoroughbreds last week.

“No breeder, no jockey, no trainer, no self-respecting person in the racing industry would want to see horses end up that way,” he said.

“It’s just not the way racing does things.”

“Whether it’s a little dusty country race track out in the middle of nowhere, or whether it’s the Murrumbidgee Turf Club which is a magnificent facility in Wagga Wagga and everything in between,” he said.

“Well done to you breeders, you owners and everyone involved.

“This government will always back you every step of the way, I know I share bipartisanship when I say that.”

Opposition Leader Anthony Albanese labeled what was shown on 7.30 as an outrage, saying it shocked him.

“I’m confident that your industry will work your butt off,” he said.

“You’ll open yourselves up to scrutiny because you don’t want any taint whatsoever.”

He said the combined racing and breeding industries provided almost $10 billion to Australia’s economy and about 90,000 jobs.

“I say on behalf of the Labor Party, it’s good you’ve got on the front foot,” the party’s leader said.

Mr Albanese said the national economy and people’s quality of life couldn’t afford for the industry to be damaged.

“We can’t afford, for what is overwhelmingly such a positive experience, to be damaged as well.

“We will do anything we can do to provide assistance.”

TBA chief executive Tom Reilly, who spoke first, said the racing and breeding industries had been under intense scrutiny in the past week.

“I, like every breeder, every owner and every trainer I’ve spoken to, was horrified by what we saw,” he said.

“What we saw was not the industry I know.”

He said the industry needed to ensure the highest care of horses and commit to ensuring every animal leaving racing had the chance of a productive career.

“We have the courage and we have the determination to ensure that we have an industry that we can all be proud of,” Mr Reilly said.

“We must address the issues the ABC has raised. As an industry we will be judged by our response.”

TBA has called for the establishment of a national welfare task force including all stakeholders and independent experts.

Assistant Minister for Regional Development and Territories Nola Marino and co-convenor of the Parliamentary Friends of Primary Producers said she wanted the industry to know it was appreciated by the government.

“We know you’re so important to this nation,” she said. “As breeders you do a great job producing the best racehorses in the world and we should be proud of the quality of our industry.”

Shadow Agriculture Minister, Hunter MP and co-convenor of the Parliamentary Friends of Primary Producers Joel Fitzgibbon described it as an important parliamentary event.

“Every year the breeders come to this event and explain what you do to all of us in Canberra, and that’s an important job,” he said.

Labor senators Anthony Chisholm and Raff Ciccone were there to support the thoroughbred industry.

Among those attending from the Liberal Party were Assistant Minister for Vocational Training, Steve Irons, Nicole Flint, Tony Pasin and John Alexander, and senator Hollie Hughes.

Video of the evening to follow shortly.
A copy of Tom Reilly’s speech is also available.