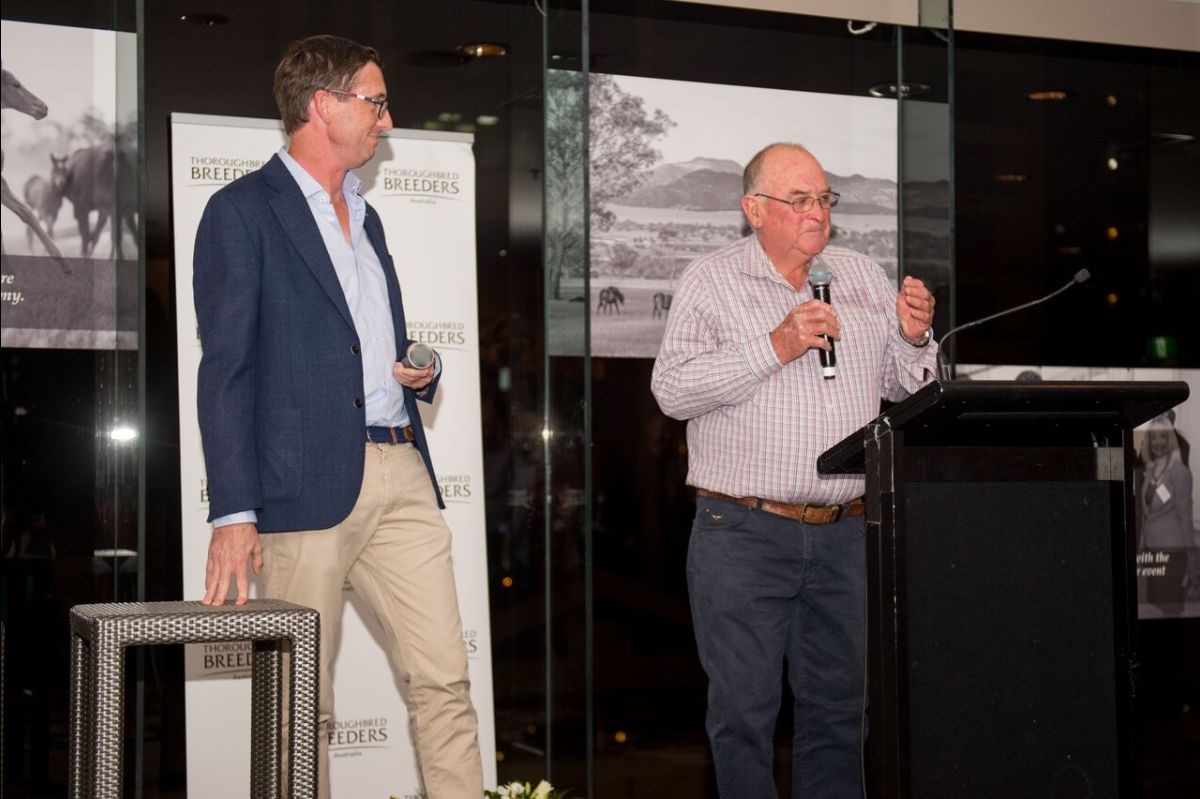 Thoroughbred Breeders Australia (TBA) celebrated its centenary year with the announcement of the Basil Nolan Jnr scholarship at an event on the Gold Coast.

More than 200 breeders and industry figures were present as TBA president Basil Nolan acknowledged the award that was created and funded by Aushorse, and named in honour of his late son.

The scholarship will be available to graduates of Thoroughbred Breeders Australia’s traineeship program, Fast Track, allowing one graduate every year to study overseas.

Aushorse chairman Antony Thompson said the scholarship continued the organisation’s commitment to the future of thoroughbred breeding in Australia.

“The Fast Track program is only in its second year and already it’s been a real success, attracting some great young people to the industry,” Thompson said at Monday night’s event.

“This prize will provide a graduate the opportunity to expand their knowledge base and broaden their experience, allowing them to go overseas and study on the Irish National Stud course or a similar program.

“The Aushorse board are delighted to name the scholarship after Basil who was a wonderful man and embodied so much that is great about the Australian breeding industry.”

Among the speakers at the Centenary celebration were two of this year’s Fast Track trainees, Lachie Pethica and Alyssa Pickles, who talked about their experiences and how the program gave them a start in the breeding industry.

Journalist Michael Hedge, who wrote the history of TBA for its 100th year, told the audience about the founding of the organisation and its first president, Hugh Denision, a successful breeder and businessman who was forced to change his name after reports of his huge betting wins embarrassed his family.

“Back 100 years ago a group of breeders had the foresight to see that if they worked together, that if they united with one voice, they would be able to change breeding for the better.

“We owe those founders a debt of gratitude because TBA has been a powerful voice that has benefited breeders these past 100 years.”

Many of the responsibilities for TBA remain the same now as they did back in 1919, according to TBA chief executive Tom Reilly.

“The body has an important job as an advocate for the industry, dealing with government in particular. Back in its early days it had to get politicians to grant cheaper train travel for yearlings going to sales, while recently we have been dealing with issues such as visas for overseas workers, federal funding for research and development and export protocols,” he said.

“While the issues may have changed, the need for a strong and united industry voice has not and never will.”